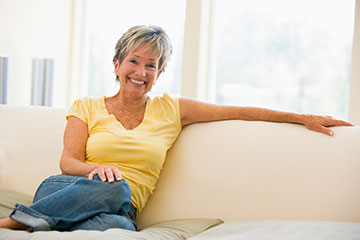 Wendy was ready for retirement. After twenty years with the Air Force and ten years with the Department of Defense, she knew it was the moment to put full-time work behind and travel more. Wendy completed her retirement paperwork, had a congratulatory cake on her last day, and said goodbye to her coworkers. While on a cruise to the Caribbean, she was surprised when her pension check went into her account; it was almost a third less than what she had been expecting. Wendy figured some sort of mistake must have been made and called OPM to see if she could clear up the confusion. Unfortunately, a mistake had been made, but not by OPM. Due to misunderstanding her service history, Wendy had unintentionally retired under the MRA +10 provision, which meant her pension was reduced and she would not get the Special Retirement Supplement. Although Wendy is fictional, her story is very real. Let’s look at where Wendy went wrong and how to avoid her mistake.

SCD FOR LEAVE VS SCD FOR RETIREMENT

When Wendy calculated her total years of service, she used her Service Computation Date (SCD) found on her Leave and Earnings Statement (LES)—or paystub. What Wendy did not realize was, although her years in the Air Force were automatically counted in computing her leave, they were not automatically credited for retirement purposes. In other words, her SCD for leave was different from her SCD for retirement (often called a RSCD). The SCD she saw on her LES included twenty years that she would not get credit for in computing her retirement eligibility or annuity. Generally, though not always the case, the Service Computation Date found on a paystub will automatically be adjusted to include military years of service.

So how could Wendy have avoided this mistake? First, Wendy needed to understand that military years of service are not always automatically counted as FERS years of service. She could have made a deposit for her Air Force years that would have allowed her to get credit both for retirement eligibility and in computing her annuity. Had she made the deposit, Wendy would have had thirty years of credible service and therefore been able to retire under full eligibility.

OPTION 2: NO DEPOSIT BUT WORK LONGER

Wendy’s second option would be to not make the military deposit and work until reaching full eligibility. At her Minimum Retirement Age (MRA) of 57, she would only have ten years of service; meaning, she would need to work until age sixty-two to retire with full benefits. Under this plan, Wendy would still not receive SRS, which ends at age 62, but her FERS pension would not be reduced and she would not need to waive her military pension. However, she would need to work another 5 years, which is something she does not want to do.

Wendy’s third option would be to go ahead and retire without making the military deposit, but postpone the receipt of her annuity until reaching full retirement eligibility. This would accomplish several of Wendy’s goals. Her annuity would not be reduced by MRA+ 10; she could suspend her FEHB and retain the ability to reinstate it in the future if needed, and she could retire today. Under this option, she would still not receive SRS.

Since she served in the Air Force, Wendy does have the added benefit of having her health care covered under TRICARE. MRA +10 retirees who do not have TRICARE need to remember that—after a period of Temporary Continuation of Coverage for up to 18 months—they will lose FEHB if they postpone their annuity until full eligibility. Once the retiree begins receiving the postponed annuity, FEHB (and FEGLI) may be reinstated.

The loss of income Wendy suffered from the reduction in her pension and SRS means that she will have to adjust her goals in retirement. She will either need to travel less or take on some form of work to afford the lifestyle she planned to enjoy in retirement. Had Wendy understood her Service Computation Date, she could have known her options and planned accordingly.