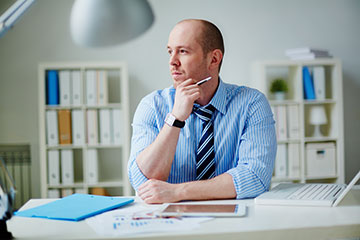 Recently, we at Retirement Benefits Institute have been receiving questions about deferred retirement, postponed retirement, and the difference between the two. Like wading through a bogland on a dark night, making sense of the many options available to federal retirees can feel like a daunting task. Allow us to shed some light on the similarities and differences between deferred and postponed annuities. We hope our discussion on these two options provides clarity as you try to decipher the best retirement route.

Normal FERS retirement generally means you receive an unreduced pension, the Special Retirement Supplement (if under age 62), and the option to continue health benefits and life insurance coverage into retirement — assuming a few key stipulations are met.

A fourth option, the MRA +10 provision, means you can retire with a reduced pension upon reaching MRA with at least 10 but not yet 30 thirty years of service. An annuity drawn under MRA +10 will be reduced by five percent for every year before age 62, unless you postpone your annuity. (We’ll look at this option in more detail in a moment.)

If you have at least five years of federal service, but have not yet reached Minimum Retirement Age (MRA), you may be eligible for a deferred annuity once you reach one of the four options listed above. Deferring your annuity allows you to receive a pension without actually working until full retirement eligibility. It’s important to note that the years of service and high three used in the pension calculation will be the years you actually worked for the federal government and your highest paid thirty-six consecutive months during that time. The deferred pension will likely be significantly lower than the pension you would have received had you worked until full retirement.

If you defer your annuity until MRA +10, your pension will be reduced by the MRA +10 reduction mentioned above.

After seven years with the Department of Defense, Diana, who is 41 years of age, decides to leave civil service for a job in the private sector. Rather than take a refund of her retirement contributions, Diana decides to take a deferred annuity at age 62. Hoping for twenty years at her new job, Diana likes the idea of also having an income stream from her federal employment at age 62.

Diana also will receive health benefits at her new job and has private life insurance already in place. For Diana, losing FEHB and FEGLI coverage was not unmanageable since she has coverage in place as she transitions to the private sector.

Unlike a deferred annuity, you must reach MRA +10 to be able to postpone your annuity. Postponing your annuity until full eligibility allows you to avoid the five percent per year pension reduction. Note that if you retire under MRA +10 with a postponed annuity, you will be eligible to continue FEHB temporarily for 18 months from the date of separation. After the 18-month period, FEHB will be lost until you begin receiving your postponed annuity.

Patrick retires under MRA +10 at age 57 with 17 years of service. Rather than take a 25 percent reduction in his pension, Patrick elects to postpone his annuity until age 62. Since he has a job in the private sector lined up, Patrick has flexibility to decide when to take his pension. Even though he will lose FEHB until he qualifies for his annuity at age 62, he will receive health coverage through his new job and will have the necessary cash flow to wait to receive his pension.