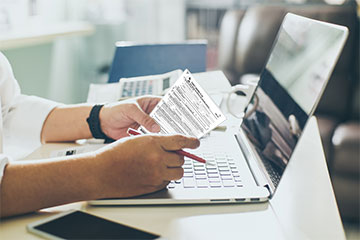 Federal employees should be aware that several significant changes to the Thrift Savings Plan (TSP) were implemented in September of 2019. September marked the enactment of the long awaited TSP Modernization Act. Federal employees have had to acclimate themselves with new forms and rules regarding how they can access their money. Since so much change has occurred, we’ve outlined a few of the most substantial changes below.

Federal employees ages 59 ½ or older can now take up to four in-service withdrawals each year. Age-based in-service withdrawals no longer prevent you from taking post-separation partial withdrawals. The pro-rata rules that were previously in place have been done away with. Now funds can be withdrawn from Roth only, Traditional only, or a proportional combination of the two.

Financial hardship withdrawals can be made through a participant’s account on tsp.gov where form TSP-76, Financial Hardship In-Service Withdrawal Request can be generated.

In the past, once you reached 70 ½ and were separated from federal service, you had to take a full withdrawal from TSP. Failing to do this would result in the abandonment of your account. Under the TSP Modernization Act, you will never be required to make a full withdrawal and TSP is no longer abandoning accounts.

If you turned age 70 ½ prior to Jan 1st, 2020 and are separated from federal service, required minimum distributions (RMDs) must be taken at 70 ½. The SECURE Act recently changed the RMD age from 70 ½ to 72 for any individual who turns 70 ½ on after January 1st, 2020. Under the TSP Modernization Act, if you don’t take any action to satisfy RMDs, TSP will send you the necessary RMD amount. You can meet the RMD requirement by taking either a partial withdrawal or installment payments.

The advent of the TSP Modernization Act brings with it a new set of online tools. Through the “My Account” section of tsp.gov, a number of actions may be made entirely online; however, under certain circumstances forms may need to be printed off, signed, and notarized.

The below table comes straight from a tsp.gov bulletin and is a complete list of the new TSP forms, as well as the forms they replaced.