What it means to be FERS RAE or FERS FRAE 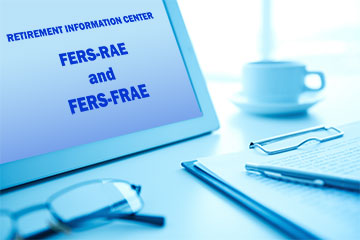 FERS employees hired on or after January 1, 2013, but before January 1, 2014, are generally considered FERS Revised Annuity Employees (FERS RAE). The distinguishing feature of a FERS RAE: they pay 3.1% into the federal retirement system instead of the usual .8% of a regular FERS.

In general, FERS employees hired after December 31, 2013, are considered FERS Further Revised Annuity Employees (FERS FRAE). FRAEs pay 4.4% into the federal retirement system instead of the .8% of a regular FERS.

It is important to note that both FERS RAE and FERS FRAE do not experience any changes to annuity computation or retirement eligibility. Unfortunately, despite the increase in cost, there is not an increase in benefits. The chart below spells out the differences between these three retirement systems:

If you worked in federal service, left, and came back on or after January 1, 2013, you may fall under an exception to the rules listed above. Per OPM, if an employee “as of December 31, 2012, had performed at least five years of civilian service creditable or potentially creditable under FERS, including service subject to CSRS or CSRS-Offset,” that employee would not be covered by FERS RAE. In this case, you would be covered under whichever retirement system you originally had – FERS, CSRS, or CSRS-Offset.