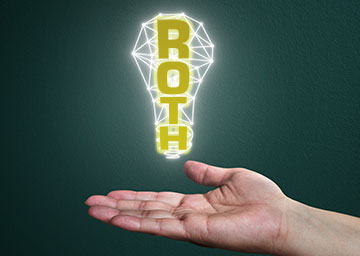 Out of over three million federal employees who are utilizing the Thrift Savings Plan, less than 700,000, or 19%, are taking advantage of the Roth TSP. Additionally, the average balance in an employee’s Roth TSP is drastically lower than the average Traditional TSP balance.i Today, we would like to cover a few reasons why federal employees are neglecting to take advantage of the Roth TSP option.

Currently, when federal employees are first hired, they are automatically signed up to contribute 3% to the traditional side of TSP, and many simply stay in the traditional side out of habit. Also, when the older federal employees first became federally employed, there wasn’t a Roth TSP election available for contributions. Roth was not introduced to the TSP until 2012. For these employees, it is simply normal to just contribute to the Traditional TSP because it is what they are used to and trust.

Thinking One Will Not Receive a Match

The second reason that many federal employees do not contribute to a Roth TSP account is they mistakenly believe they must contribute to the traditional TSP in order to receive their government match. This is a false impression; a federal employee is entitled to receive up to the 5% match whether he or she is contributing to the Traditional TSP, Roth TSP, or a mix of both. However, the truth is that the match will always be contributed to the Traditional side. This is applicable even if the individual only contributes to the Roth.

Believing There Will be a Drop in Tax Brackets After Retirement

As a federal employee plans for retirement, there is often a common belief that one will drop into a lower tax bracket once retired because pension income will not be as much as the individual’s current annual salary. The fact that the pension will most likely be a good bit lower than current bring-home pay is completely true; however, a federal employee typically receives other income in retirement such as Social Security, military pension, TSP withdrawals, or additional income from a post-retirement job. Due to the fact that federal retirees can often have one or more of these additional types of income in retirement, they often find that instead of dropping into a lower tax bracket, they only fall a little lower into the original bracket.

For the purpose of clarity, we will look at the following tax example. Many of the people we talk with at Retirement Benefits Institute fall into the higher end of the 22% tax bracket because they have worked their way up the GS pay scale and are very close to retirement. Let us assume that once they retire, they each begin receiving a pension of $40,000 per year. Referencing the chart below, we see that if an individual is married and files jointly, the pension has already exceeded the 10% bracket and is well into the 12% bracket. Now, let us assume that the retiree is over the age of 62, receives an annual Social Security benefit of $25,000, and is married to a spouse who is also receiving Social Security income of $17,000 per year. These additional payments have brought the couple’s income up to $82,000 per year, which is barely brushing the 22% tax bracket that they were in prior to retirement. This example has already shown how quickly the smaller pieces of income build up, and we have not even included TSP withdrawals, additional income from a secondary job, or required minimum distributions that the couple will be forced to take at age 72 if they have a TSP or IRA account. 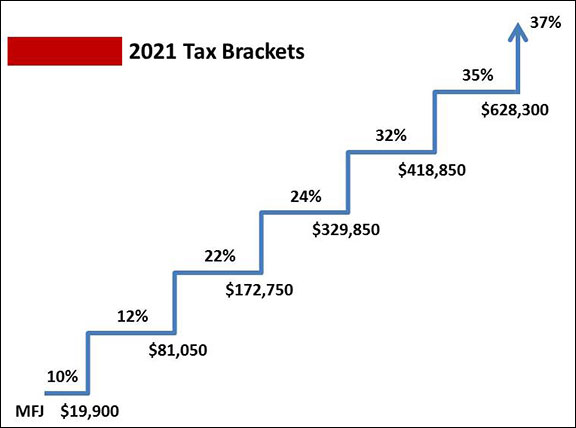 After reading this blog, we hope that you have a little more information that will help you to gauge if a Roth TSP account could be a sound choice for your personal needs. If one of the common misconceptions mentioned above explains why you are one of the millions of Federal employees who are underutilizing or not using the Roth TSP option, please carefully consider the effect it could have on your retirement future.